Discover the City of Arts and Sciences and

The City of Arts and Sciences is situated at the end of the ancient riverbed of the river Turia “El Rio” park. It’s the most important scientific and cultural complex of Valencia and is naturally one of the Best Things to Do in Valencia. 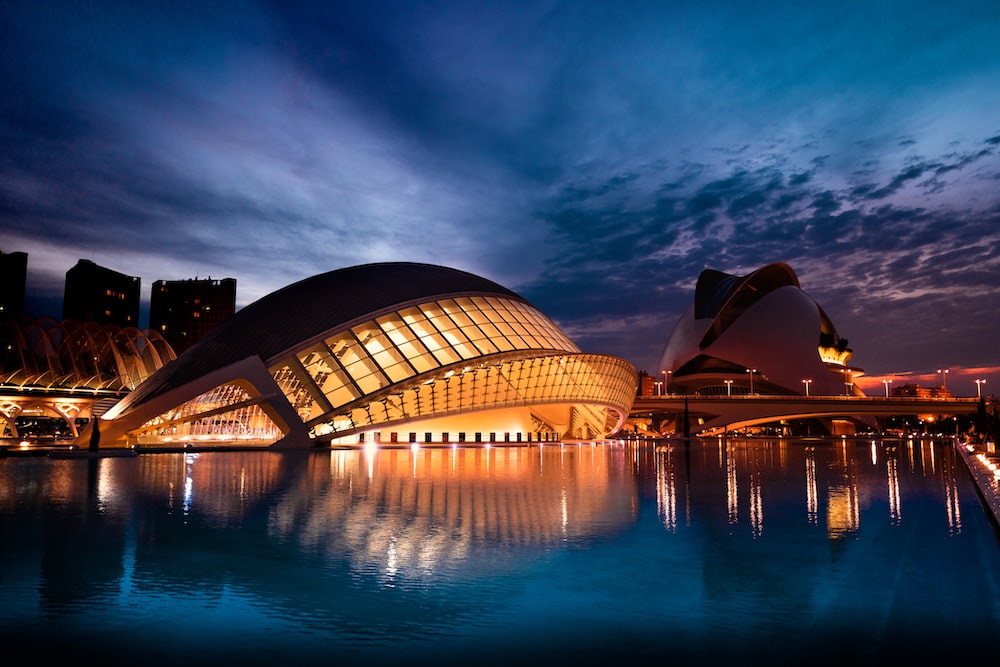 The City of Arts and Sciences is made up of six buildings: Hemisfèric, El Museu de les Ciències Príncipe Felipe (Science Museum Príncipe Felipe), El Palau de les Arts Reina Sofia (Queen Sofia Palace of the Arts), Umbracle, Agorà and Oceanografic. All of these buildings were designed by Santiago Calatrava and Felix Candela. 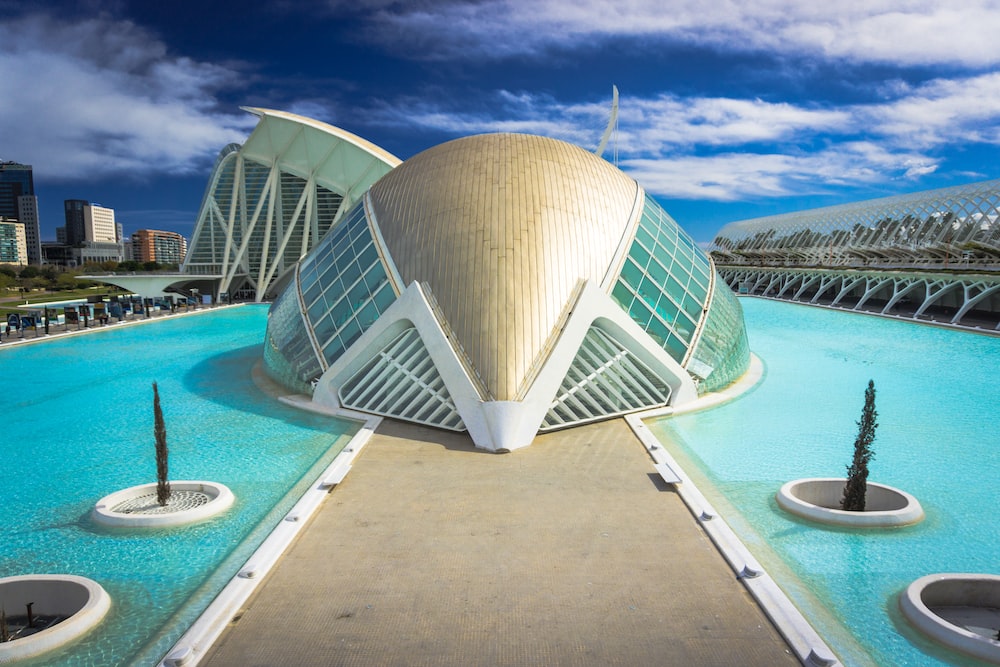 Hemisfèric was the first building built by Calatrava. It is meant to resemble a giant eye- and for this reason, it’s nickname is the eye of knowledge. Inside you can watch an IMAX film (an educational film projected onto a 180 degree screen).  It is often also used as a planetarium for its shape. 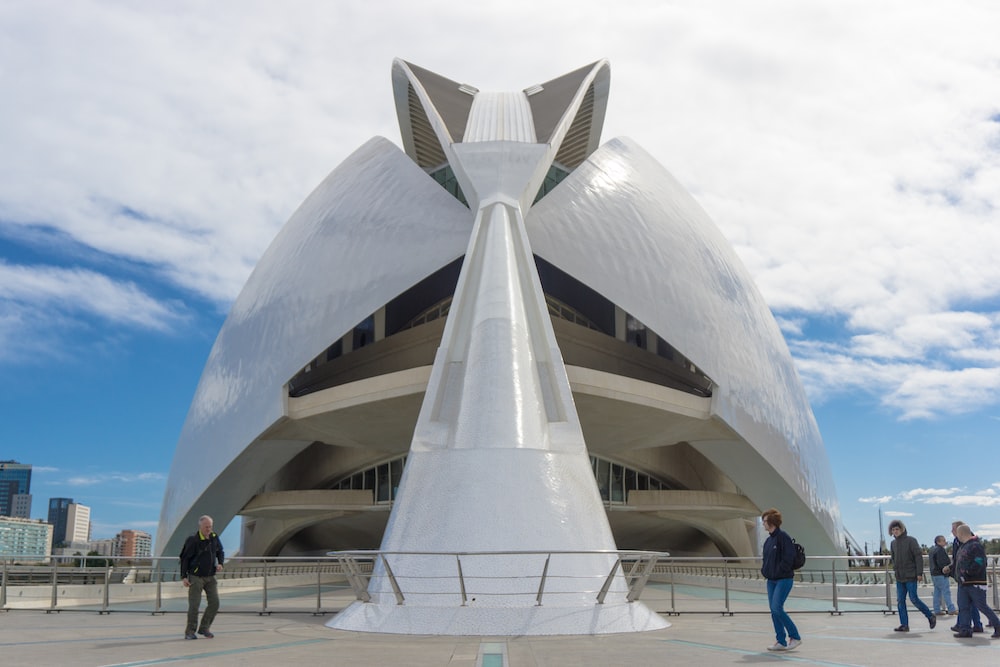 El Palau de les Arts Reina Sofia (Queen Sofia Palace of the Arts) is an opera house and performing arts center for performances such as operas, ballet, and theatre. It is a multidisciplinary space centered around the arts and live performances. It is the first and only, opera house in Valencia. The building was inaugurated in 2005.

El Museu de les Ciències Príncipe Felipe (Science Museum Príncipe Felipe) resembles the skeleton of a whale. It is a unique museum as it is devoted to making science educacional as well as fun. Inside, the building is made up of 5 floors with scientific exhibits on electricity, physics, mechanics, minerals, the human body, genetics, biology, and all natural sciences. 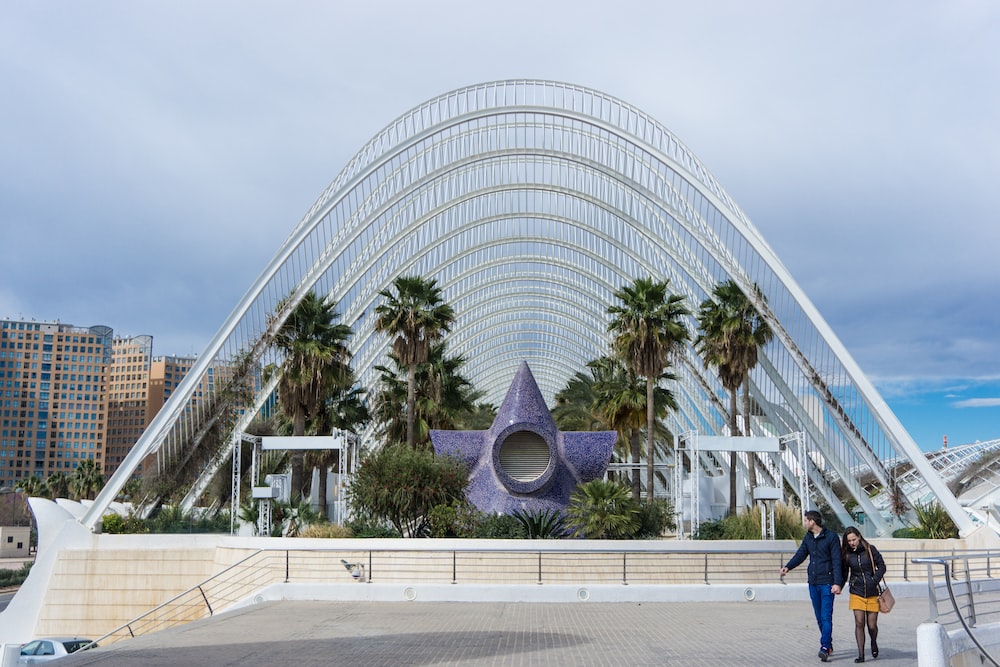 Umbracle is an open structure that is best know for it’s nightclub. It has 55 fixed arches and 54 floating arches that stand 18 meters high. You’re allowed to walk inside and see sculptures surrounded by nature. If you visit Umbracle for its night club, you will find another of Valencia’s most famous clubs, MYA, directly below. 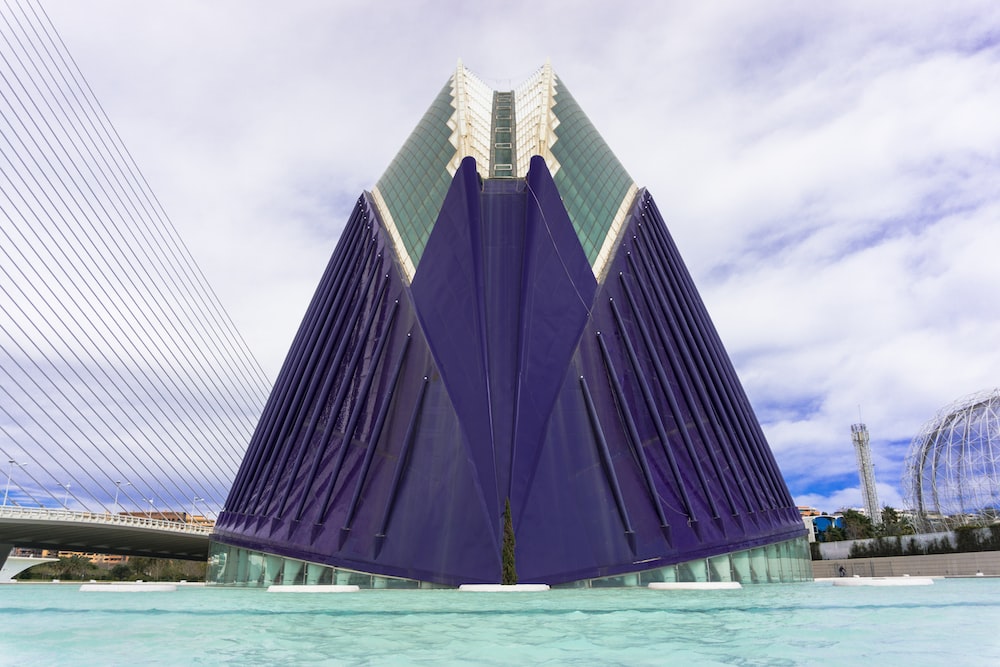 Recently built, Agora is a multifunctional space holding various events and sports activities. During October and November,  Agora holds the Spanish Tennis Open.  You can always check the City of Arts and Sciences website to see which sporting event is happening next that catches your interest. 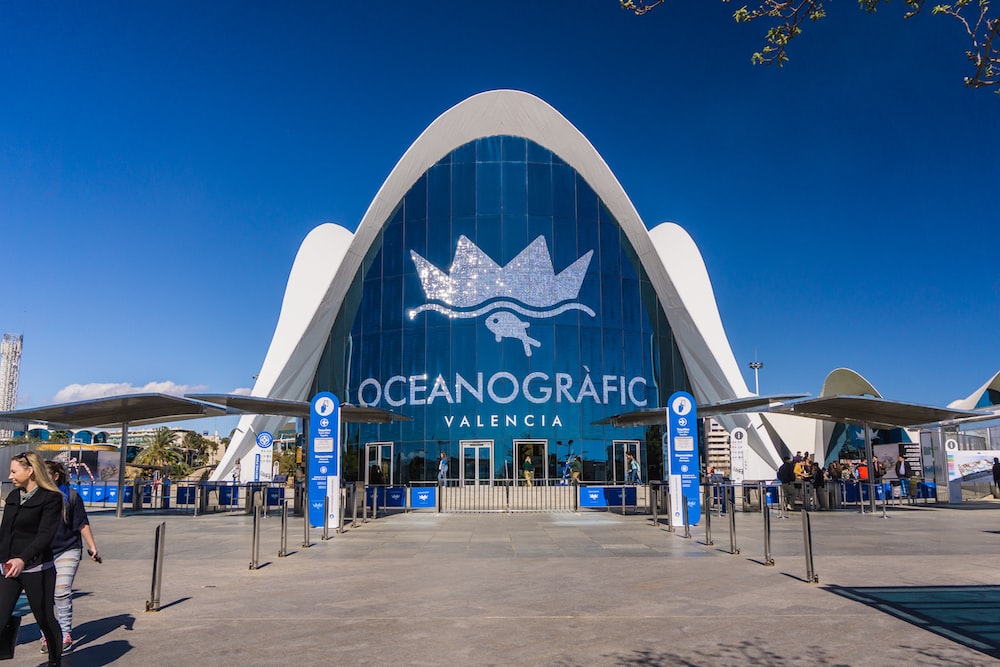 Built in the shape of a water lily, Oceanografic is the largest aquarium in Europe. Each building represents different aquatic environments including Mediterranean, Tropical Seas, Antarctica, and the Tundra. The aquarium has over 500 species of animals. Inside is a spectacular restaurant and a dolphinarium.

Also designed by Santiago Calatrava, the spectacular Ponte de l’Assut de l’Or is a bridge you can go on top of for a striking view of the City of Arts and Sciences.

If you are thinking of visiting the Oceanographic in the City of Arts and Sciences in Valencia, take a look at these prices and promotions:

Prices and Promotions of Oceanografic