Discover the most radiant element of the Fallas in Valencia. Streets, full of lights that you cannot miss out on. Be surprised by the dazzling lights

The Falla Sueca-Literato Azorín wants to win from their neighbors with a very different light display. The Colón Market is the inspiration for these lights, as it pays homage to the building of the Colón Market. The light display counts 19 arches and a gate, with a length of 19 meters and a width of 24 meters.

On February 10th, the formal opening of the light display, the Union of Musical Artists of Montroi played live music which accompanied the motion of the lights. After 16 years, 9 years of collaboration with Mariano Light and the past 7 years a collaboration with the Italians De Cagna, this year  it is up to the company from Cordova, Iluminaciones Ximénez, who focus on sustainability and bonding in the neighborhood Ruzafa, which is a radical switch when you compare it to the concept of the lighting the past 5 years.

The Falla Cuba-Puerto Rico has already revealed some of the details of its lighting. The set-up counts 300.000 points of lights, 400 meters of panels and 20 sets with 40 3D lamps; one can find a surprise in the inside of each lamp. The freshness and the elegance define this light display of the company Iluminación Ximénez, that we can admire in total very soon. A photo in advance: 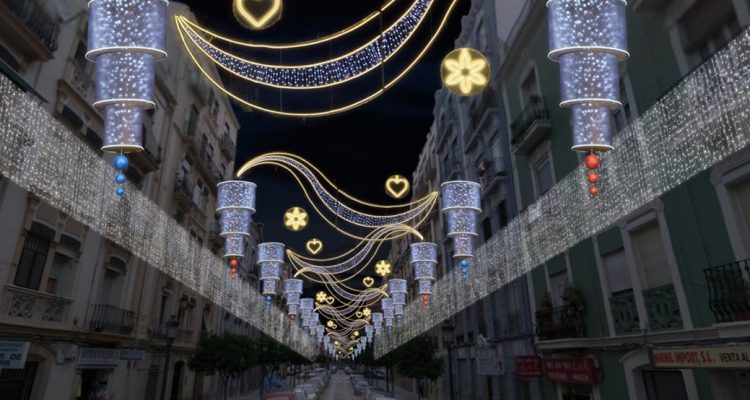 Also in Ruzafa, the Falla Cuba-Literato Azorín is putting their light display together now. In charge is the Italian company Mariano Light who use the slogan “Squaring the circle”. With their proposal this year, playing with the light and with different perspectives: the night will reveal the unexpected magic!

A bit further from the neighborhood of Ruzafa, where you can find the other 3 fallas of Category A, the Falla Malvarrosa-A Pérez Cavite is also in the process of montaging its lighting. In charge of this one is Massimo Mariano Luminaire.  The project of this year is inspired by one of the best architectural examples of the last years of Baroque architecture, the beginning of the artistic movement Rococo: the San Francisco church in the “Pelourinho” district, in the historical center of Salvador de Bahía (Brazil). Without a doubt, this is promising a spectacular sight. 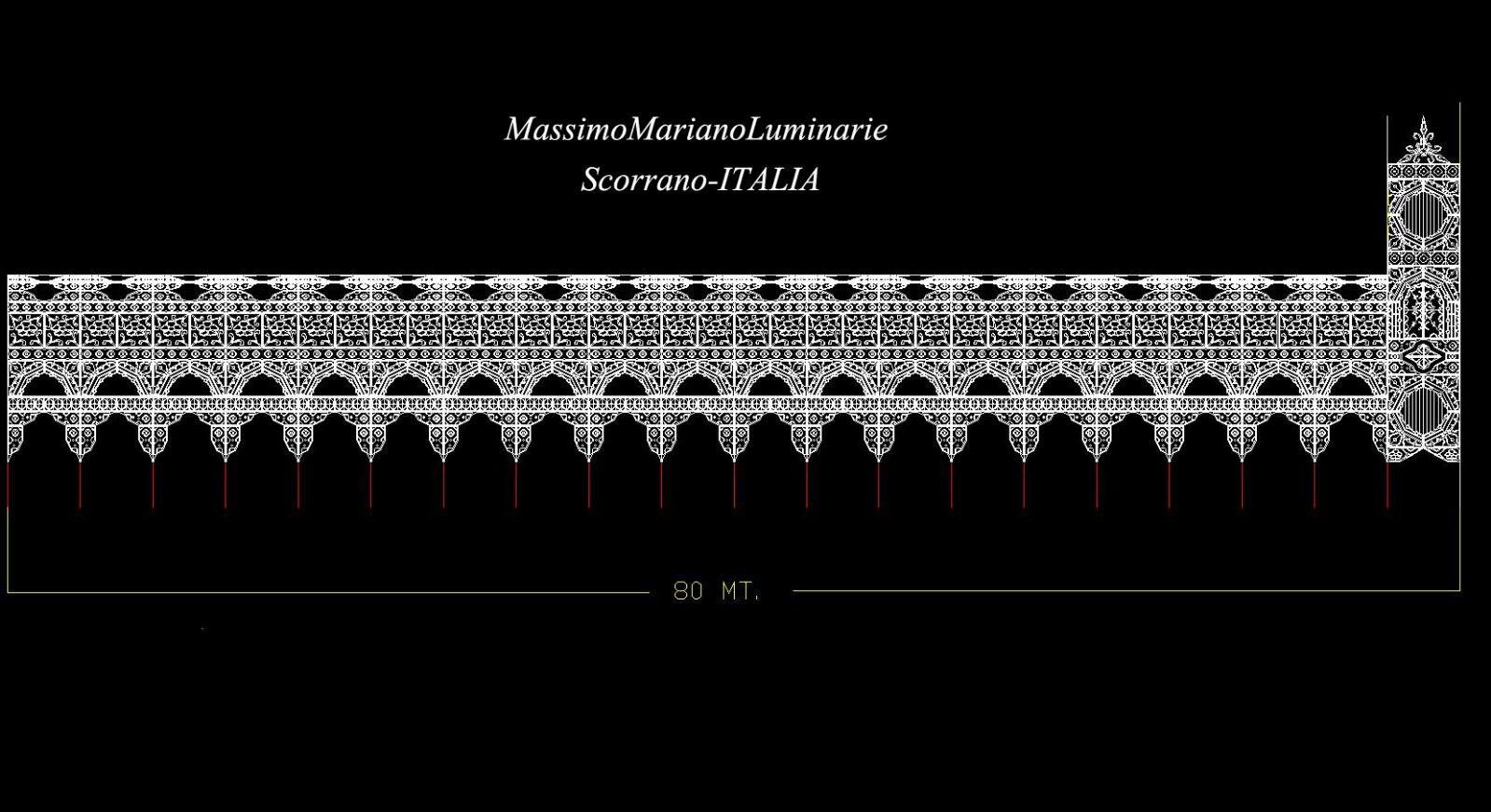 Hours of the streets of lights in Valencia

Everyday the magical lights will be turned on. Sometimes the lighting includes musical firework shows. According to Levante-EMT, these are the lightning hours: